We have been registered as a Trust on August 27th 2008

I on behalf of Chairman, all the members and on  my own behalf as Secretary; welcome you to TFP, whole heartedly. Thank you very much for finding time to visit us.

Thinkers' Forum Pakistan was founded as a social group with a vision of ‘Better Pakistan’ based on the ideology of Pakistan. That is how simple can  be the whole affair and sole purpose of this organistion. It will harness the ideas of all Pakistanis and their friends around the world towards the realization of the aspirations of the muslims and Pakistanis.

The first resolution  was passed on June 24th 2007 laying down some fundamental policies, instructions and structures. The relevant areas have been listed below.

The Objectives have been formalised now. This brief and concise exercise will lay the foundation to operate and deliver.

Aim to create a Pakistan in consonance with the vision of the Founding Fathers. We believe that they were right in demanding a separate homeland for the Muslims of the Indian sub-continent. The successive leadership failed to fulfill the aspirations of the people that struggled for the creation of Pakistan, in no way negates the sagacity of the vision of the Quaid-e-Azam and his associates. Outlined below in the succeeding paragraphs are the 'Objectives' of the TFP. They delineate and identify separate objectives vis-a-vis the government, the nation and the scoiety.

We want a government that is responsive to the needs of its citizens and is accountable to them for its acts of omission and commission. To ensure that the democratic process  is not limited to holding of periodic elections but to provide to the people an ever improving quality of life through good governance delivered through constitutionally sanctioned functioning of all state institutions. In this arrangement, the benchmark for the use of national resources and finances would be the welfare of the people and not the discretion of the rulers or people having control of these resources. The decision-makers would hold the national wealth as a trust of the people and not to enrich themselves and near and dear ones.

Determine a vision and a set of vlaues for the nation which has support of the collective will of the people. Also to ascertain if 'Unity, Faith, Discipline', the slogan given by the founding father, provides sufficient motivation and guidance to enhance national cohesion and the collective inspiration. To instill pride and patriotism in the people so that they are ready to sacrifice their present, for the sake of the future of Pakistan and the coming generations. Pakistan's position and the influence in the region and the world would be determined by the degree of successes we attain in good political governance, robust economic performance and our social strength. Only successful nation and societies can exert influence commensurate with their national power. The Forum aims to monitor that the national interest is not bartered away because of lack of competence or sincerity of our representatives.

Aim to create a society based on justice and rule of law-- a caring society that provides succour to the poor, the needy and the sick. Promote a mindset that would side with the right, the good and the legal- our religious, political and ethnic leanings not with standing. While the society will have rights, it will also have obligations to agitate to keep the government and its institutions working for the common good of the people at large. To join any group that aim to do this.

Moblize people and resources to help the poor and the needy in every way big or small. To protect the rights of the underprivileged, especially when the same are being undermined by the rich and the powerful.

Pakistani Film Industry’s Performance from the Lens of Past and the Future
Author:Dr. Saira Asad

A Uni Knot Practices in Political Ground: Is it a Right Way Out?
Author:Dr. Saira Asad 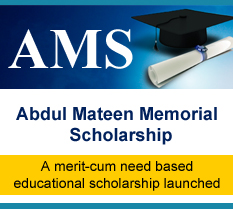 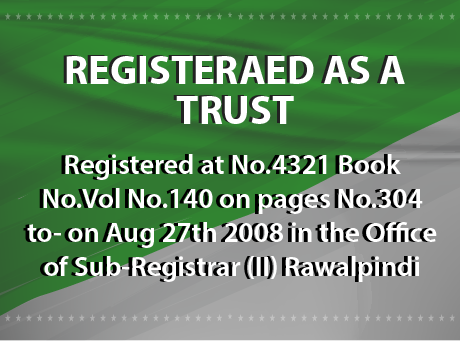 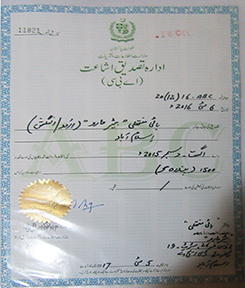